Your partner for good tea !

Beside Water, Tea is the most popular drink all over the world. Relaxing or energyzing, mild ot strong, tea can show so many different properties. Lots of growing areas with different climatic and toporafic conditions create infinite variety.

Worldwide tea production is around 5,7 million tons (2017). India (Darjeeling, Assam), Ceylon and China are the most important growing countries. Whole world population consums around 4,5 trilion cups of black and green tea per year, and it is still increasing. 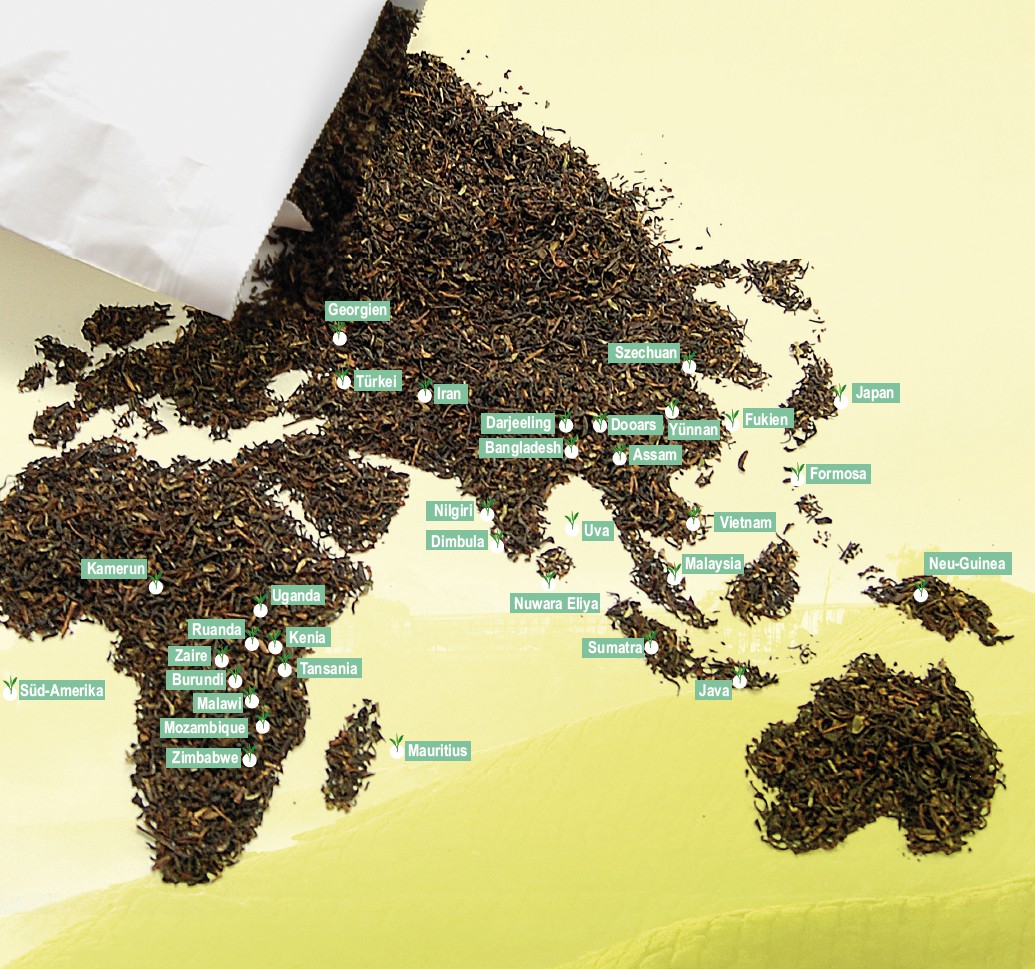 The town Darjeeling is located in the north of india, at the southside from the Himalaya.

Nearby are a lot of tea gardens, some of them in a height over 2000 m. Because of the cool climate the tea plants grow slowly and the leaves can develop a fine and flowery aroma. The three main times for the harvest are:
First Flush - harvested in spring, flowery, fresh and tangy tea with a bright cup.
Second Flush - harvested in summer, stronger, aromatic cup.
Autumnal - harvested in autumn, mild, aromatic, slightly spicy.

The commercial cultivation of tea in Nepal began in the 1950 years. The tea gardens are located in the east on the southern slopes of the Himalaya mountains at the frontier to Darjeeling. Nepal-teas have a aromatic/mild taste.

The Tea production areas in the Indian federal state Sikkim are located at the Mountains of Himalaya. They have a character similar to the Darjeeling teas.

A big part of Assam , the federal state in the north east of india is the wide valley of the Brahmaputra.
The river rises in Tibet and transports a huge quantity of water during the monsoon. The Assam Valley is one of the rain-ladenst areas in the world. It´s placed in a height of only 150 meters. Approx. 20 million people, who speak over 100 different dialects, live there. Beside tea, which make up 60 % of the whole indian tea production, rice, sugar cane, cotton and oil seeds are planted too. Assam is the biggest coherent tea growing area in the world.

The former coffee producer Ceylon, today called Sri Lanka, started with the tea crop growing in 1870. The climate and the ground had been proved as perfect for the tea crop growing and a smart Scot started the tea production on Ceylon.  On the island primarily black teas are produced, which can have a lot of different aromas.  The tea plants are located in the southern highlands of the island. The districts Nuwara Eliya and Dimbula at the western hillside have a dry climate. The harvest is made in Ferbruary and March. At the eastern Hills, in the Uva district harvest is made between July and September.
The Uva teas are very strong and aromatic.

The main areas of Formosa cultivation are located in the northeast of the island. The cultivation conditions are optimal even rain falls all over the year and they have a good altitude of the tea plantations.

The harvest is exactly the same as in China, the period is from April to October, but the quality of the tea decreases with every pick. The good reputation comes principally from the Oolong-Teas. This half fermented very fruity teas have a long fleshy and well rolled leaf.

Tea from other countries and blends

White Tea is a traditionell chinese tea for the export and graded as a low fermented tea. The fresh picked white knops will be lying 24 hours a day under moving in the sun, followed by a handroll of the leaves and knosps. After that it will get the fermentation for half an hour in 20 cm high stacks. The half fermented knosps will be dried in a drum for 10 minutes under warmth.

The first flavoured teas came from china 760 years ago that were rose tea und jasmin tea.

The old recepts are used until today. At 1830 Earl Grey the second brings a bergamotte oiled black tee from his mission back to Europe.This Tea was popular in the upper class and began to become trend in Europe. In the following years were developed more and more creations of Earl Grey tea.

Herbs would be used as a healing product since the stone age. From many herbs the natural teas could be mixed . Herbal teas are not only tasting well, they  also have positive effects like soothing or agreeable. Ayurvedish teas came from the healingart of ayurveda. It is the school of life and this tradition springs for over 4000 years in India. Body, ghost and soul should be come to a balance in harmony,agreeness and healthy.

The very popular Roibos Tea , also called Massaitea is cultivated in South Africa in the Ceder Mountains near Kapstadt. It is free of coffein and can be drunk pure or with bleeds and aroma. 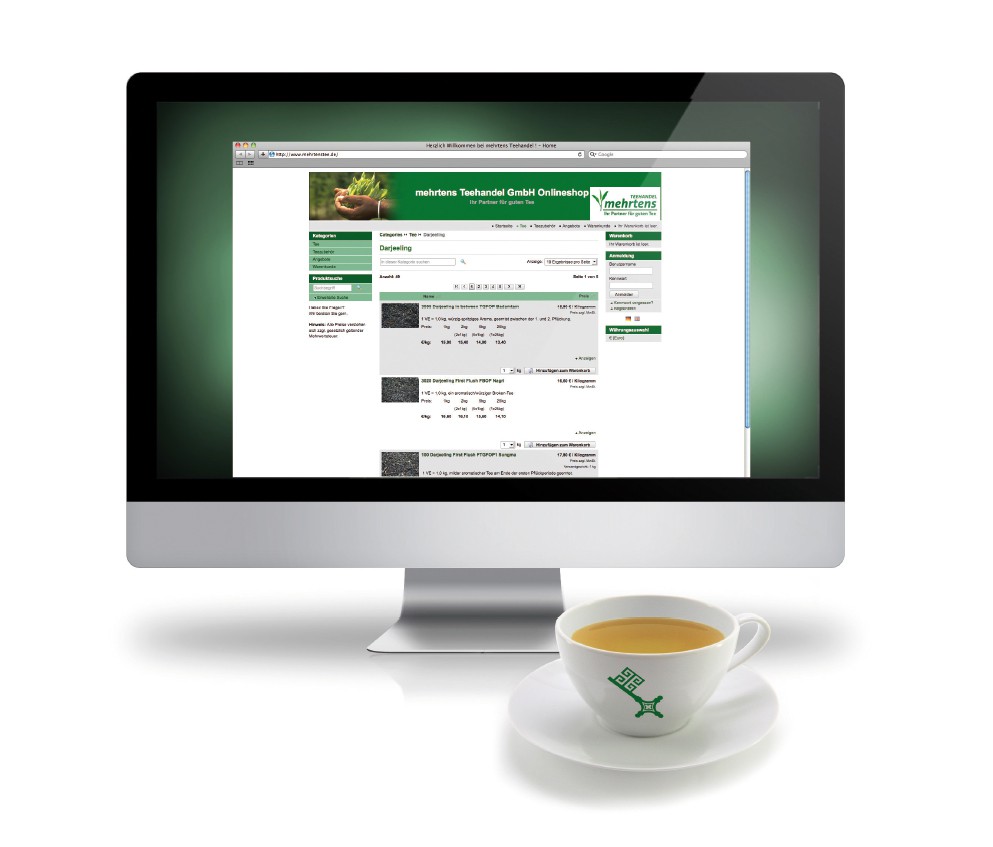